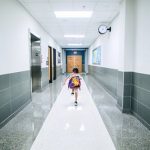 On March 1, 2021 the UA City Building Department sent the School District a Notice of Inspection which listed items to be corrected for Barrington, Tremont, Greensview and Wickliffe in order to get a Final Occupancy Certificate.

Click on the LINK “UA City Inspection Notice” to the left under Restroom Court Case Docs for the letter.  Each school must “Install signage to approved plans.”  The approved plans include boy bathrooms, girl bathrooms and gender neutral bathrooms.

On March 26, 2021 the Architecture Firm Moody Nolan replied to the City claiming Title IX allowed having 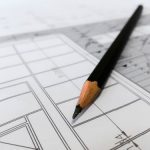 Are Superintendent Imhoff and the School Board planning to sue the City in Federal Court to have only GN Bathrooms?

Moody Nolan included updated Architectural plans which include only GN bathrooms in the Academic Wings.  As stated in other pages on this website, the Boy and Girl options are in older sections of the building or near the Gyms.  They are not easily accessible.

FACT:  The last paragraph of page one states what the UAEC has stated from the beginning.  The original plans, approved by the School Board, contain Boy, Girl and Gender Neutral Bathrooms.

“…the plans originally approved by the City contemplate single-occupant toilet rooms with floor-toceiling walls and solid, full-frame, lockable doors in certain locations that are identified for use by a specific sex.  With this request, the School Board is requesting the City to approve that some of these toilet rooms, as identified in the enclosed plans, be relabeled as “All Gender at the noted locations.”

The School Board has NEVER voted on changing the original Architectural plans.  They School Board has not had any public discussion about moving from the Ohio Courts to the Federal Courts.  How much money are they planning on spending?  At what point does the Community have a say?  Are they obeying Ohio Sunshine Laws?  Ask Superintendent Imhoff:  superintendent@uaschools.org

Notice that the Bulletin Page for each school includes “DRAWING REVISIONS” because the original plans were Boy, Girl and Gender Neutral.  At each school see that the “choice” for the children is not near their Academic Classrooms.  Demand transparency from the Superintendent and the School Board.  The documents prove the fact that these all Gender Neutral bathrooms were not part of the Design Phase with the Community.

Architectural Drawing Revisions-Proof the Approved Plans had a Choice

Bathroom Timeline – How did we get here?

Community is not informed. No public discussion during School Board meetings. No Public Record of approval. 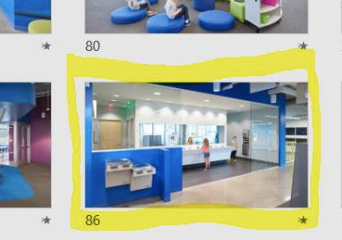 The District shared this slide in a PowerPoint. They are now sending it to families and stating that this is the slide where the Community was informed about the All Gender Bathrooms. Notice that this has an open sink with Boys and Girls using different sides! The Design of the open sink and mirror WERE discussed. Having ONLY Gender Neutral was not discussed. The current bathrooms look nothing like this image.

This website is powered by Digital PTO - Free Websites for all Parent Teacher Groups including PTO, PTA and PTSA Groups.
Digital PTO is not responsible for the content on this website, each site is managed individually by our members.